As luck would have it, we had rain all week. Ugh. Lots of stormy, gray weather and loads of rain. We spent quite a lot of time just hanging out inside... I had to work on sorting my stuff and packing. Jessie did a lot of reading and we both played games with Margot and in the evenings we watched movies with Catherine.
I had had a problem with my fake tooth while I was in Sheffield, so on Monday I went to the dentist to have it looked out. He took an X-ray and informed me that the root the fake tooth is attached to is dead. Apparently that's really bad and I'll need to have the root taken out and a new tooth put in--in the next month or two. Daaaang. That's NOT going to be cheap. But, he prescribed me some antibiotics (apparently there was an infection and that's why it hurt quite a bit) and enough pain killers for me to take with me to Tanzania.  Margot was also having tooth problems--she had a loose tooth that was taking FOREVER to fall out! She kept wiggling it around, but it was being stubborn. Finally, one night right before bed, it popped out! Since in France they don't have a tooth fairy--they have a little mouse instead, I copied a picture of a mouse from online and then Jessie and I gave her a euro. We slipped it under her door while she was sleeping and she was so surprised to find it in the morning! First she accused me of doing it, but I just looked confused and said "isn't that normal that the mouse would give you something since you just lost a tooth?" She then waited for Jessie to get up and accused her...Jessie denied any association. So, Margot returned to me and kept badgering me until I gave her a big smile and she said "I KNEW IT WAS YOU!!!"
On Wednesday (4/25) it was a little bit drier, so Jessie and I attempted a beach day... I gave Margot and Jeanne a ride to their surf class (they were surfing every afternoon this week) and then Jessie and I went out onto the beach in our suits--all ready to go for a swim. However, it was super windy and chilly on the beach and the water was pretty darn cold. We got up to our knees and then decided not to actually go swimming. We instead went into the town of Hossegor and walked around (stopping for a pastry, of course!) before returning to sit by the beach for a while and wait for Margot and Jeanne to finish their class. At least we got a little bit of time at the beach without it pouring rain!!


On Thursday (4/26), Jessie and I took the train to Bayonne for the afternoon. It rained while we were walking to the train station, but the whole time we were in Bayonne was decent. We strolled around the lovely cobblestone streets, visited the cathedral and cloister, ate a picnic lunch on a bench near the old castle wall, and sat near the river while eating gâteau Basque. It was my last gâteau Basque...I definitely need to figure out how to bake it myself.

On Thursday evening, Margot, Jessie, and I goofed off with photobooth.... :) 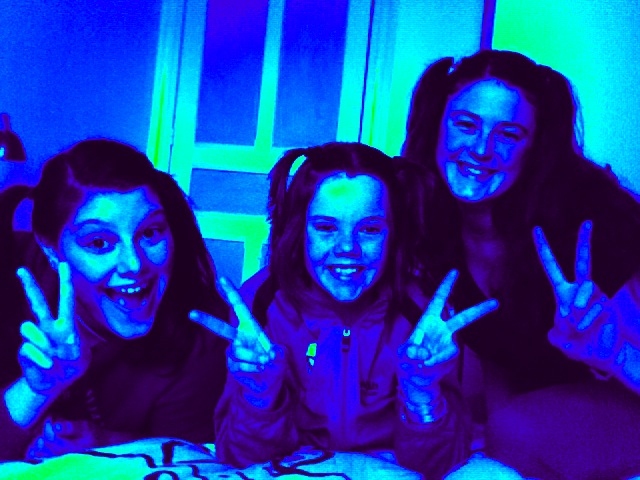